Port Taranaki’s shipping channels have been cleared of a build-up of sand and sediment driven into the harbour by the currents and wave action that hit the main breakwater.

The dredge Albatros, on her second visit to Port Taranaki, removed about 460,000m³ of material during the eight-week biennial maintenance dredging campaign. The dredged sand and sediment was dropped at Port Taranaki’s consented inshore and offshore disposal grounds.

“We calculated we’d had approximately 460,000m³ of infill in the harbour since our last dredging campaign two years ago, and that was the amount removed,” says project manager Ingrid de Bod.

Ingrid says of the dredged material, 90,000m³ of clean sand from around the main breakwater was placed in the inshore drop zone area, with the remainder dropped at the offshore grounds.

“Putting the sand at the inshore zone helps to replenish the city beaches,” she says. “We use the clean sand for this, as it is better quality than the finer silt deposits.”

Port Taranaki engineering manager Ludo Galliegue says the project was a success, with the Albatros crew able to use the experience gained on their first visit to Port Taranaki in 2019 to dredge some hard-to-access areas.

“The whole project has gone well – it was completed in the time expected and there were no weather-related delays.

“The only delay was on the day of the tsunami warning in early March [following an 8.1 magnitude earthquake near the Kermadec Islands] when, as a safety precaution, the dredge waited out of port for a couple of hours.

“So, overall it has been a very effective, efficient and successful campaign,” Ludo says. 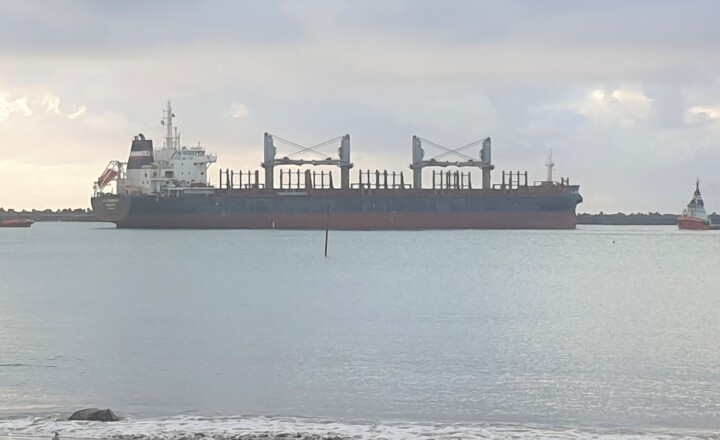